The letters of the Russian 18th-century nobility. Typology and historical evolution

The article focuses on the letters of the Russian nobility in the last third of the 18th century. Thanks to the rapid spiritual and intellectual development experienced by Russian noblemen at that time, writing private correspondences became more wide-spread, and letters acquired more complicated contents and more diverse functions. These letters can be divided into three main categories – traditional, emotional and intellectual – reﬂecting the major issues addressed by the upper class and the cultural development of Russian society under Catherine the Great.

The letters of the 18th-century Russian freemasons

While a part of the broader 18th century Russian epistolary culture, letters written by freemasons have their own speciﬁcity. The article focuses on the letters written by A. M. Kutuzov, I. V. Lopuhin, N. N. Trubetzkoy, I. P. Turgenev and other members of the so-called Novikov circle. This friendly correspondence, generally written in Russian, reﬂects the correspondents’ literary and social interests, as well as their attention to the “inner man”.

The article focuses on a Russian correspondence written entirely in French and aims at deﬁning its place in the cultural context of its time. For Boris Vladimirovich Golicyn (1769-1813), French is both the language of intimacy and a literary language, instrumental in providing the author with formulas and clichés, useful for the expression of this intimacy. By appearing as almost a Frenchman in his letters, Boris Golicyn embodies the intercultural situation of Russia at the end of the 18th century. This does not mean, however, that French-speaking Russian noblemen ceased to be Russian. They mastered both cultures, freely moving from one to the other, which allowed them to be critical towards one or the other when needed, and to play with both cultures’ peculiarities.

The material world in Radishchev’s letters from exile

Radishchev was not only the cold blooded intellectual depicted by Soviet literary criticism. His letters from exile reﬂect his attachment to the habitus of the Russian gentry, as can be seen from the importance devoted to the mention of objects in it. Analyzing how Radishchev staged these objects in his letters not only provides us with insights into his relation to material culture in general, but also highlights some of the major rhetorical devices used by the writer to inﬂuence the emotions of his main addressee, Count A. R. Vorontsov. Finally, the paper compares Radishchev’s equipment to that of the ﬁctional sentimentalist characters of Nikolay Emin’s novels. The similarity between these equipments suggests that, far from recording reality, the epistolary text abides by the rules of ﬁction.

Shaping the romantic self in Zhukovsky’s correspondence

This paper deals with the peculiarities of Zhukovsky’s late correspondence with his “German friends”. In these letters, Zhukovsky addresses such topics as revolution, monarchy and his own “religious anxiety”, as well as reﬂecting on his translation of Homer. These French-written “German letters”, which illustrate Zhukovsky’s unprecedented mastering of the multilingual dimensions of Russian epistolary culture, also served as a laboratory for perfecting the poet’s style and his “poetry of thought”. Finally, the poetics of his epistolary texts reﬂects Zhukovsky’s credo “live the way you write”, and helps to shape his Romantic self.

The use of epistolary in-betweenness in Ivan Turgenev’s correspondence

Ivan Turgenev’s correspondence was instrumental in deﬁning the writer’s position as an artist in 19th-century Russian society. This position lies somewhere in-between the private and public spheres, as epistolarity is both the place to communicate with people from one’s close circle and the space where Turgenev tries to address the reading public, which the author sees as a possible ally against an increasingly hostile press. The paper concentrates on the years 1867-1872, between the publication of Smoke and Torrents of Spring.

Tolstoy’s correspondence with Chertkov in the years 1884-1887

Tolstoy’s correspondence with Vladimir Chertkov sheds a new light on the relationship between the two men during their common work for the publishing house Posrednik. In response to Chertkov’s demand, Tolstoy agreed to write many short stories for non-educated Russian readers. As shown by their correspondence, Tolstoy often accepted stylistic or even plot changes, which where suggested to him by Chertkov.

The Survival of epistolary traditions in Soviet Russia : The letters of Olga Alexandrovna Tolstaya-Voeykova (1920s-1930s)

The letters at the center of the article were sent from the Soviet Union by Olga Alexandrovna Voeykova, an elderly aristocratic lady, to her daughter and granddaughters, who had emigrated to Kharbin in Manchuria. They were written in unusually elegant Russian, with many excerpts from other languages, such as German, English or French, all meant to avoid censorship and to preserve the remaining of a disappearing aristocratic culture. The letters give us a unique and brilliantly observed picture of everyday life in the Soviet Union in the 1920s and 1930s. Like so many people from her background, the author was highly educated and used to communicate with family and friends by letter. Her accounts describe in particular the difﬁcult circumstances which her class had to endure from a government which considered them « socially foreign ».

“We continue the deeds of our beloved grandpa Lenin-Stalin !” : the reﬂection of Stalinist ideology in children’s letters of the 1930s

The efﬁcacy and the degree of inﬂuence of state ideological indoctrination on the public self-expression of Soviet children in the 1930s is still a little-explored theme. An analysis of their letters written to political leaders during this period, shows not only the children’s mastery of the ofﬁcial rhetoric, but also exhibits their ability to criticise certain governmental policies, although these letters do not seem to be conscious manifestations against the accepted social and political norms.

The perfect poshliak : Pliny the Younger in Nabokov’s correspondence

In a letter to Edmund Wilson dated 2 December, 1944, Nabokov makes fun of Pliny the Younger whom he describes as “the perfect poshliak.” Although he is one of the inventors of the epistolary genre, Nabokov appears to object to the utilitarian intentions of Plinian writing, which are far removed from the Nabokovian credo of “art for art’s sake”, and his distaste for political tyrants probably made him unsympathetic to Pliny’s unrestrained adulation of Emperor Trajan. Nonetheless, Nabokov overstates the case when he denies “any literary talent” to his Roman predecessor and there are more similarities between the two—especially in their mutual concern for self-promotion—than Nabokov might have cared to admit.

The paper analyzes a number of open letters, addressed by dissidents to the Soviet government in the period 1965-1970. These letters usually consisted of two parts. The ﬁrst one was dedicated to reminding the Soviet government of its obligation to respect Soviet law, whereas the second told individual stories of dissidents suffering from various violations of their constitutional rights. Therefore, these letters show the double inﬂuence of liberalism and personalism on the political culture of the dissidents. Personalism, however, with its stress on personal and family relations, rather than ideology, kept former dissidents away from public political life after Perestroika and in Post-Soviet Russia.

For or against America : letters of Soviet youth and Cold War propaganda

Letters from members of the Soviet youth to the press are an important source for the study of the perceptions of the Cold War in the USSR. These letters allow us to ascertain the effectiveness of the renewal of anti-American propaganda during the years 1975-1985. They show that behind the attitudes of acceptance or rejection of this propaganda, there lay a Cold War culture created by the population itself. 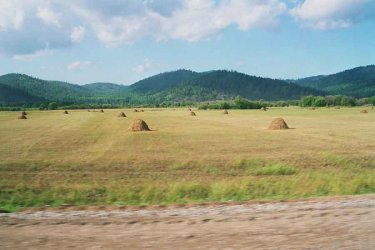