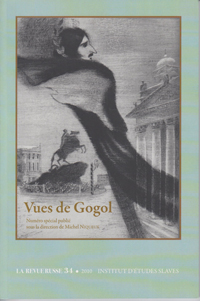 Vision in Gogol’s works : from theme to concept

The purpose of the present paper is to demonstrate that the complete writings of Gogol are closely related to the theme of vision and glance : not merely his literary fiction, as has been noted by literary critics (distant vision vs. close vision), which focuses on details, a lack in depth perception, the myth of all-seeing eyes, changing points-of-view in order to approach reality, etc., but equally all other forms of writing (letters, historical and philosophical essays and so on). In the latter writings this theme uses exactly the same words, just slightly metaphorized, serving as a heuristic function of concepts and as tools of knowledge. The theme of vision and yhe glance is likely the «  etymon » (Leo Spitzer) of Gogol’s complete works.

Are the complete Works of Gogol complete ? The spiritual instructions of Gogol

The article reviews the various editions of the complete Works of Gogol, and proposes the translation of two spiritual instructions from 1843-1844 about anger, among which one is inspired by Saint Jean Climaque. They may explain the fact that Gogol did not send his answer to Bielinsky’s famous letter of July 15th, 1847 and accused him of flattery and obscurantism.

« The Overcoat » of Nikolai Gogol appears here completely within the articulation of the utterance : the main characters’ ability or inability to speak, an utterance assumed or not, a social or individual utterance. The utterance, as it should be, gives rise to seeing and not the reverse—the utterance causes seeing. To start with, the utterance creates the object, it makes it exist as a generator of being. The logic that sustains the narration is as follows : one says it, therefore one sees it, therefore it is. This existence, however, belongs to the phantasmagorical realm and it will under no circumstances know how to embody or inscribe itself within human time. Hence the unreality of Akakii Akakievich, a ghostly and grotesque figure.

From one Revizor to another : a short history of Russian evil through Revizor’s performances

Considered by Gogol as a crystallization of Russian evil, Revizor has served since 1836 to enlighten the state of the theatre and society, both before and after the advent of stage directing. When the play was created at the Aleksandra Imperial Theatre, Gogol discovered the inadequacy of the actors of his time with the requirements of the work. The writer advocated a deeply felt, internalized style of acting. Stanislavski based his work with the actor on the principles of a natural, emotional, coherent playing and, not unexpectedly, worked on Revizor at every key moment of his career (1908, 1921, 1937). The history surrounding the performances of Revizor at the beginning of the 20th century focuses on an alternative approach : individual and inventive actors playing or innovative concepts for stage directing. In the 1970s, Revizor, as a genuine classic, charted the progress of theatrical work and expressed civic concerns. After the fall of the Soviet Union and the first blows of wild capitalism, V. Fokine, in 2002, developed the theme of madness in his version of Revizor. By 2009, Koliada’s Revizor belonged to a folk repertoire with its songs, rituals and picturesque figures., After serving as a test for the history of theatre and national history, Gogol today seems to have come to the right pitch with the collective unconscious.

Nothing seems to connect a priori Gogol’s works with any artistic avant-garde XX century theory. The « everythingism » invented by the painter M. V. Le-Dantu and practiced by the poet Iliazd in dramaturgy proposes therefore a vision of the artistic world not far from Gogol’s in his novel “The Portrait”. The similarities between Le-Dantu’s theory and the points of view expressed by the different voices of the Portrait’s author are numerous and underlined by the references to the Gogol’s Portrait in the dramas of Iliazd. As the first Russian author to have drawn attention to the art of self-taught artists, Gogol turns curiously like a distant predecessor of the modern neo-primitivists and everythingists. 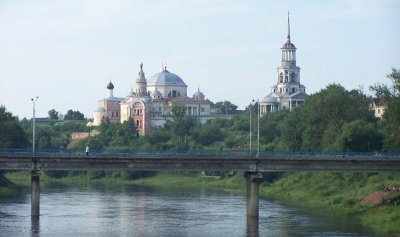