Analysing the Gorbachev / Yeltsin era, the author addresses a fundamental question : why is it that in Russia liberalising social and economic reforms always fail ? There are several answers to this question : 1. The reformer(s) fail to take into account the hopes and aspirations of the people themselves. 2. They have no faith in society’s creative ability. Hopeless dreamers and ardent idealists, they have, generation after generation (Peter the Great, Catherine the Great, Alexander II, Lenin, Gorbachev, Yeltsin / Gaidar) either been unaware of, or chosen to ignore, their people. They have posed as saviours, deserving, as they saw it, of the people’s eternal gratitude. The frequently catastrophic results of their reforms force them (or their successor) to throw the reform movement violently into reverse. 3. In terms of the State’s presence in the daily lives of its citizens, Russia belongs more to Asia than to Europe. This is a State that has grown too big, owns vast tracts of land, has huge industrial interests, and innovates in many areas. Its leaders very quickly realised that as the free market developed, so their power would wither away. 4. The Russian mentality (its values and behaviours) is imbued with the collectivist, “solidarity” ethic, as shown by the results of a study carried out in Novosibirsk in 1997. The Orthodox Church and its anti-free market stance is a further problem. As a result, the author is highly sceptical as to the prospects for the emergence of a market economy and democracy in Russia. “In our country”, he pessimistically concludes, “the market economy is the end, and the means of achieving this end is to make people suffer."

The article shows that perestroika has its origins in the many plans and diverse attempts to reform the Soviet system in the years between 1945 and 1984. In fact it now seems clear that certain members of the Soviet nomenklatura – a group which was gradually transmuting into a new bourgeoisie during this period – wanted from a very early stage to make the system less rigid : their projected reforms would, however, have left them in possession of the wealth and advantages which they had acquired. They would also have continued to be in control of society. Beria worked out an ambitious reform plan which Khrushchev partially adopted after having him shot and before being himself removed from power by a group which would succeed in resisting essential reforms for two further decades. The article also explains that it was in fact the KGB which acted as the laboratory for the regime’s projected reforms. This was no doubt because the KGB was best placed to know about the real state of Soviet society at the end of the 1950s and the evolving nature of public opinion. It is also likely that they believed that prevention was better than cure. It seems certain that Andropov was the eminence grise of perestroika. It was he (amongst others) who was working over a long period of time to place Gorbachev in the top job : doubtless he trusted a man who was connected early in his career with the information-gathering service Andropov had himself run from 1967 to 1982. He had possibly worked out that the striking qualities of the man Brezhnev had dubbed ‘The Tsar of the sheep’ – i.e. indecisiveness, inability to make up his mind, procrastination, a taste for luxury – were those most likely to lead to the break-up of the old system and to open up the path to the future.

At the end of the Soviet period, journalists used freedom of expression allowed by glasnost to criticize the communist regime, thereby participating in the demise of the USSR. But what exactly did this mean in practical terms ? Through the example of the Vzgliad TV show, this article examines the changes which occurred in journalistic practices before, during and after perestroika. From 1987 to 1991, Vzgliad was generally considered as an engine of democratization. At that time, journalists who ran it openly criticized the authorities, claimed a political role for themselves, and even ran against Communist Party candidates in elections. Their actions constituted a denunciation of the regime’s failures. This adventure ended in December 1991 when Vzgliad was taken off the air in the wake of the collapse of the USSR. The fate of its journalists then strongly diverged. New economic and political constraints limited their critical role in the public space, thereby highlighting the problem of consolidating media freedom after glasnost.

Perestroika and the religious revival following the celebration in 1988 of the arrival of Christianity in Russia led to a fundamental revision of Soviet legislation concerning religious practice. In our article we analyse Soviet law, which had as its objective the complete eradication of religion. We then discuss the ways in which this legislation was reformed. At first Konstantin Kharchev, Chairman of the Council of Religious Affairs in the Council of Ministers of the USSR, suggested a more liberal reading of the legislation, without however challenging its fundamental tenets. Subsequently, a law on freedom of conscience was drafted. After a number of false starts two laws were finally adopted, one for the USSR as a whole, the other specifically for Russia. Following the collapse of the USSR, only the Russian law, which was particularly liberal, entered the statute books. In conclusion, the revision of the law governing religious practice offers an excellent illustration of how reform was undertaken during the perestroika period.

Gorbachev and the “Common European Home” : A return to Europe ?

This article focuses on Soviet-West European relations during the Gorbachev perestroika era. Three periods are distinguished. In the years 1985-1987, the New Thinking generates a new mental framework and new diplomatic practices. Relations between the USSR and Western European countries slightly improve but, on both sides, mistrust and a wait-and-see attitude continue to prevail. 1988 marks a milestone : the concept of a “Common European Home” gains strength and earns credibility in the eyes of the main West-European partners of the USSR. The “Common Home” becomes the sign of a “return of the USSR towards Europe” and of its adherence to Western values. These are times for optimism. However, despite being relayed by the confederation project launched by François Mitterrand, the “Common Home” runs up against the combined opposition of the United States and of the former popular democracies, and eventually collapses.

There has undoubtedly been an upsurge in the production of “jewish-American” fiction in recent years. After the demise of the USSR, quite a number of young people of jewish stock, who had been educated within the Soviet system, emigrated to the United States. They are now part of the so-called “beat generation” of writers : having dropped their Russian mother tongue and switched to English at the start of their writing careers, they are now facing the question of their “jewishness” that has re-emerged with a vengeance. They strive to address it in a variety of ways that will not confine them to the burdensome kind of “identity” that was forced upon them until the very last days of the USSR. The articles collected for this issue deal with the strategies developped by these writers to create a sense of the pluralistic, polymorphous nature of the concept of “jewishness”. At the same time, a number of Russian traditions and the recent past of Soviet culture loom large in their accounts of their experience in a new language and a new country.

An exotic approach to Russo-Jewish literature

Since the emergence of a Russian-Jewish literature in the 1860s, a great many debates have opposed the supporters of the existence of such a literature and others who, at best, considered that those books written in Russian by Jewish writers were of insufficient quality and could not be regarded as genuine literature, especially when compared to the "great" works of Russian literarure. The adoption of an exotic approach consists in considering Jewish-Russian literature as a triangular territory whose three apexes are the reader, the time and the society he or she lives in, and the Jewish world as a cultural entity. Those studies which use ethnic origin to determine whether a writer belongs to the Jewish-Russian literary tradition are not very convincing. Neither is the language used a satisfactory criterion. So, what remains is, as some American scholars advocate, to regard each text as an authentically exotic territory so as to discover to what extent it contains elements of Jewish culture. Studying the inner workings of these texts is rather like undertaking an expedition in an unfamiliar, exotic country.

The theme of identity in “There are Jews in my House” by Lara Vapnyar and Everything is Illulinated by Jonathan Safran Foer : A matter of potatoes ?

This article seeks to show that potatoes are used as striking indices both in Jonathan Safran Foer’s novel, Everything is Illuminated and Lara Vapnyar’s short story, “There are Jews in my House”, both authors being contemporary Jewish American writers of Russian and/or Soviet descent. The presence of potatoes will be studied in key scenes that crystallize the Russian-American Jewish-Non-Jewish interaction and confrontation, albeit in radically different ways. While Foer’s novel is characterized by the extensive use of the grotesque and the carnivalesque to describe tragic events, there is no such alleviation in Vapnyar’s short story. Both works deal with the impact of history and anti-Semitism on the lives of the Jews in Central Europe., whether focusing on a pilgrimage of tragic-comic proportions, or portraying the devastating consequences of an everyday denunciation.

Russian language and Soviet Memory in “Tapka” by David Bezmozgis

David Bezmozgis is one of the most famous representatives of a generation of Russian-Jewish-American writers born in the Soviet Union in the 1970s. “Tapka”, one of his first short stories published in 2003, is set in the 1980s. It is the story of a Russian dog called “Tapka”, loved and betrayed by the six-year-old narrator and his seven-year-old cousin in Toronto where the dog’s owners, the Nahumovskys, and the narrator’s family have recently emigrated. The Nahumovskys come from Minsk, and the narrator’s family from the Baltic States. Left in the care of the narrator and his cousin, Tapka is ultimately run over by a car as the narrator attempts to shift the responsibility for the dog onto his cousin. On the surface, this story seems to be essentially an education, a passage from innocence to experience, and an allegory on Soviet (Jewish) memory represented by “Tapka”. My paper shows that the story also focuses on the relationship between two languages, Russian and English, between the mother tongue and the second language which all the characters have to learn as immigrants. This relationship turns out to be more complex and interesting than a mere conflict between two languages, in which one language eventually destroys the other : it is also a cross-cultural interweaving in which the linguistic domination of English is subtly subverted by the Russian signifier epitomized by “Tapka”.

Grace Paley contributes to American Jewish literature in a very particular way and presents deconstructive humor and irony in a manner reminiscent of the Derridian idea of deconstruction. Irony addresses another person, creating a physical and temporal distance which produces a dialectical movement between one and the other, an effect which we link to Jacques Derrida’s concept of differance. This process forms a spiral, generating as it does so a force which pulls the reader towards an à-venir, a potential future. 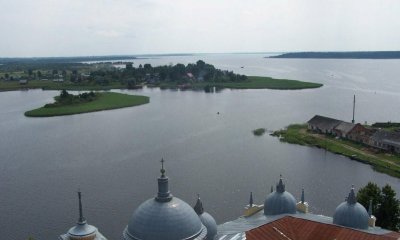