The Peasant Figure : The Antidote to Anguish in the Works of Leo Tolstoy

The peasant occupies a particular place in Tolstoy’s oeuvre and often plays an essential part in it. In this article, we choose to focus on three muzhik characters. Their specificity lies in the fact that they provide solace, comfort and hope for three heroes racked by suffering, revolt, and despair, wondering about the meaning of existence. These heroes are Pierre Bezukhov, Konstantin Levin and Ivan Ilych. Each one receives a luminous revelation that saves him from anguish thanks to contact with, respectively, Platon Karataev in War and Peace, Fedor in Anna Karenina and Gerasim in The Death of Ivan Ilych. We first examine what constitutes the peasant identity of these auxiliary, almost allegorical figures. Work and activity, as well as a collective dimension, which is even marked in language, seem to be essential features, characteristic of that identity. By these very characteristics, the muzhik appears as the person who most clearly understands the meaning of life. This is a life of labour, and of communion with others, a life, furthermore, which is ultimately inseparable from death.

Nikolai Klyuev and the Scythians : The Revelation of a “Popular” poet

Nikolai Klyuev’s implication in the revolutionary events of 1905 led him to build strong personal and editorial ties with populist intellectual leaders, such as R.V. Ivanov-Razoumnik, whose interest in folk culture led him to appreciate the poet’s work throughout the 1910s. When Razoumnik initiated, on the eve of 1917, a literary and ideological movement that exploited the mythical figure of the Scythians in order to express the spiritual content of the Revolution, it seemed especially apt that he include in his editorial project Nikolai Klyuev and other “peasant” poets. For this group of writers and intellectuals, the forthcoming historical events symbolised the ultimate confrontation between western civilisation and eastern barbarism.. Not only did Klyuev’s idea of a peasant revolution find a distinct echo in the Scythians’ programme, but their connection ran deeper, as the poet explored oriental motifs in his work. Finally, this editorial collaboration allow­ed Klyuev to reinvent his own status within the literary establishment, since it gave a new meaning to the very concept of authenticity, and saw him emerge as the one and only “popular poet”.

The Figure of Nikolai Chernyshevski in Nabokov’s The Gift

The fourth chapter of Nabokov’s The Gift is a biography of the Russian writer and theoretician of populism Nikolai Chernyshevski. Although Fiodor, the novel’s protagonist, vigorously rejects the famous thinker’s aesthetic credo – namely the idea that art should have a utilitarian function –, he nevertheless decides to launch his career as a writer by penning the satirical portrait of a man who is paradoxically one of the paternal figures of the novel. This article addresses some of the aesthetic and political aspects of Chernychevsky’s thought. We also examine how, by focussing on an individual in order to return to the origins of populism, Nabokov throws particularly interesting light on an ideology that was ultimately based on the transcendence of the individual.

The Hero Serving the People in Post-soviet Russian Science Fiction

The various forms of contemporary Russian fantasy literature form a complex, heterogeneous genre at the heart of post-soviet Russian culture. Alongside their entertainment value, they raise important social and political questions and propose various solutions. Furthermore, a number of these works demonstrate a nostalgia for the past, and the desire to return to a previous era, be it Soviet, or tsarist.

Words from Above, Words from Within. Propaganda as Seen by the Diarists during the Siege of Leningrad

The siege of Leningrad, one of the most horrific episodes of the “Great Patriotic War”, is a useful place to study Soviet wartime propaganda and its reception by Soviet citizens themselves. How, for example, did the besieged and starving Leningraders react to the news broadcast by the media ? How did they perceive the contrast between the optimistic communiqués full of heroism and the awful reality with which they were confronted on a daily basis ? The many personal diaries written during those years reveal how they perceived the situation. The reactions range from,scepticism and sarcasm to anger and indignation. It emerges that not only were most Leningraders fully aware of the goals of the Soviet propaganda machine, but they also were able to see through official discourse and construct their own alternative version of events.

The “Russian Work” of the Anglo-American Young Men’s Christian Associations (Y.M.C.A.) in St. Petersburg at the end of the 19th Century and during the First Decade of the 20th Century

The “Russian Work” of the Anglo-American Young Men’s Christian Asso­ciations (Y.M.C.A.) evolved in St.Petersburg at the end of the 19th century and during the first decade of the 20th century In our article, we discuss the way this organisation functioned, what motivated it, and how its leading figures, both Russian and American, perceived its role. Our principal purpose is to summarise the main points of our PhD research on this topic. We consider, for example, the transformation of the Y.M.C.A. from a primarily religious organisation into an institution whose role was the transfer of political, social and intellectual values, as well as spiritual ones. We also consider how it used religious discourse to further essentially geopolitical goals.

The image of Russia in Russian Satirical Drawings in France

Mikhail Drizo (pseudonym MAD), who emigrated to Paris in 1920, was one of the first Russian caricaturists to evoke in exile the image of Russia. In his satirical sketches, as in the works of his numerous colleagues such as M. Linsky, F. Rozhankovsky, A. Alexandrov and many others, whose satirical drawings were published in numerous Russian-language periodicals in France, there are always twoRussias. First, there is the Russia that existed before the Revolution, the country known as “Holy Russia”. Then there is the other Russia, the “Soviet” one that emerged after the Revolution. In our article we analyse the ways in which the Russian caricaturists in exile depicted the country they had lost, how they illustrated that country’s past and present, and portrayed its politics and its values. Discussing images frequently used by exiled Russian caricaturists to describe their country, such as the bear, the woman, or the Death and Destruction spread by the Soviets, we will attempt to answer the following questions : what were the aims of the Bolsheviks and those who emigrated ? who served the people ? and who used them ?

The Dialogue between Prose and Poetry in Eugene Onegin

With his masterpiece Eugene Onegin, Pushkin succeeded in rendering the vast and complex atmosphere of a prose novel in verse form. This surprising approach relies on the confrontation between prose and poetry throughout the work. First of all, Pushkin “demeans” poetry, both generically, by positing it as merely one literary genre among many others, and thematically. Later on in the work, the lyrical consciousness is first redeemed, before becoming a key means by which the speculative spirit is “corrected”, as it were. Finally, the permanent conflict between prose and poetry emerges as a harmonious dialogue - a dialogue, furthermore, which plays a central role in transforming Eugene Onegin into a novel. As a hybrid literary genre, Pushkin’s novel in verse remains a unique literary experiment, which both pushes back the expressive confines of poetry and heralds the remarkable Russian realist novels of the 19th century.

An analysis of the representation of Soviet history representation in Russian school textbooks in the 1990s and 2000s : The example of the “History of Russia in the 20th and early 21st centuries” by A. Danilov, L. Kosulina and M. Brandt

In Russian school history education, the last twenty-five years offer plenty of opportunities for studying the right way of narrating the 20th century in textbooks. The textbook by A. Danilov, L. Kosulina and M. Brand constitutes an interesting example of all the changes that Russian school history textbooks have undergone since the early 1990s. Occupying the middle ground among the vast array of books which have been published since the disintegration of the USSR, this particular book has had a particularly large print run since first appearing nearly twenty years ago. Therefore, analysis of this textbook and of some of the amendments that the authors made while reediting it reveals how the vision of the Soviet era has changed in Russia in recent years.

The Tragedy of Material Culture according to Maximilian Voloshin

Maximilian Voloshin (1877-1932) often reflected on the consequences of technological progress and the increasing influence of material values on spiritual life. In his “Ways of Cain” (1923) he retraced this evolution and meditated on symbols such as the fist, the sword, gunpowder, steam, and the machine. All of these are envisaged as landmarks in the rise of a “culture of fire”. According to Voloshin, the acceleration of technological progress reinforces the devastating effects of human violence. His observations about the ravages of explosives led him to foresee the nuclear age. In his opinion, far from being liberating, technological progress transforms people into slaves of the very machines they themselves have created. This visionary poet also predicted the emergence of consumerist society, in which the world becomes a “huge stomach”. After outlining his pessimistic vision, Voloshin calls for an intellectual revolution. In his view, humankind must break free from the deadlock to which the “culture of fire” has led. If people embrace spiritual values once again, they will witness the dawn of the “culture of explosion”. With his views strongly inspired by his Slavophile heritage, the poet believes that Europe’s destiny is irremediably linked to the “culture of fire”, while through its inclination towards revolt, the Russian nation carries within itself the “culture of explosion”, whose rise Voloshin clearly expects. 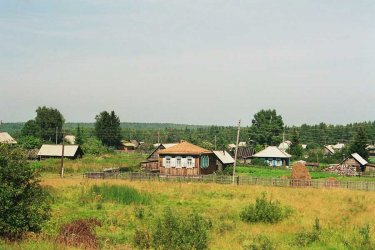