Elements of contemporary Russian political discourse which take us back to the Soviet era, purposely so or not, will be examined. As a matter of fact, in their various addresses, politicians make more and more deliberate allusions to the past. However, the form which these discursive constructs take seems to us even more interesting. In the twenty years following the breakup of the Soviet Empire, political discourse has undergone undeniable change, at its linguistic level as well as in its role as ideology and means of communication. Despite Russian political leaders’ efforts to appear modern and innovative, studying the connections between current discourse and the past has however kept all of its relevance. This article seeks to delineate points of convergence between today’s Russian political discourse and that of the Soviet era. Are these points of convergence solely linguistic (i.e. pertaining to vocabulary, metaphoric patterns, etc.) or do they reveal common strategies of communication in speech design ? Indeed, the comparative study of common discursive elements will eventually allow us to frame conclusions on their role in the conception of a new ideology for the Russian State.

The Soviet tradition of the subbotniki in Lukashenko’s Belarus

Since his ﬁrst election in 1994, President Lukashenko has overtly placed himself in line with the Soviet heritage. Not only has the Soviet past, readapted and given back its legitimacy, been ﬂooding the symbols of the new State (its ﬂag and its holidays), it has also spread into the reference sources of public policies (the agrovilles), the methods of the government (the propagation of fear in the social body by state security forces still known today as the kgb), and the making of national memory (the repression of the Kurapaty mass executions by nkvd ofﬁcers in the 1930s). In such a context, it becomes interesting to try and understand how everyday Belarusians connect to or stay away from these discourses and measures coming from “above”. This article will examine the subbotnik ritual, discarded after the dissolution of the Soviet Union, but reinstitutionalized in 1997. Its author has carried out ethnographic research in Belarus in the years 2000. The results show that the reasons behind the participation of everyday citizens in these day events are different from those promoted by the power in place. However, if the feelings of solidarity conferred by the subbotniki are not the direct result of state discourses, they still work as an echo chamber, favoring the legitimization of the dictatorial regime.

Writers in the post-ideological space : the “Soviet” as a phenomenon in the debate between art and literature

The disappearance of the Soviet ideology and the discovery of new meanings and new concepts have radically changed the Russian literary landscape. In such conditions, any idea, under whatever guise, becomes self-sufﬁcient–from the potchvennitchestvo [the return to the soil] and the imperialist dreams to the absolute irony of postmodernism and the faith in the rebirth of the liberal idea. The “Soviet” (i.e. the experience of existence and a typology of minds) has not been the subject of historiosophic interpretation. The Marxist paradigm had stopped working as new methods of interpretations had yet not been invented and assimilated. In such conditions, as has already occurred in Russian culture, myth–‘literal’ interpretation freed from the logos of contemporary reality as well as that of the historical reality of the past –is brought to the foreground.

The “great” tradition of Russian cuisine

The Book of Tasty and Healthy Food is both an artifact and a symbol of Great Style towering as high as Stalinian skyscrapers. Just as the Stalinian skyscraper is not a mere building, The Book of Tasty and Healthy Food is not a mere book of recipes–both are emanations of Soviet ideology. Stalin’s famous formula, “we begin to live better, we begin to live happier !” may constitute its epigraph. The book has sold millions of copies and is still being edited. A copy of it will be found in almost every household. It is probably more popular than the Bible. This article aims to locate the inﬂuence of this work on current culinary traditions, on cook books, advertisement, and contemporary art, in their funniest, most idiosyncratic, beautiful or hideous manifestations.

Between the tragedy and comedy of everyday life  : the anecdote as Russian cultural fact in the 20th century

The anecdote as a particular genre of Russian folklore in the 20th century was generated by the urban world. It was created by people who had been torn away from the regular cycle of natural existence and had become the hostages of frozen Time beyond the visible turmoil of events. Temporal rupture has materialized in the hermeneutics of the anecdote, through the necessary superposition of meanings, the semantic divorce, and the unexpected ending. The 20th century has engendered and destroyed myths, creating its own closed-off semantics of existence which, in an odd but logical way, have woven themselves into the fabric of the anecdote. The anecdote’s universe is a cynical realm in which existence, in its philosophical sense, has been weighed down to the level of the everyday and where laughter represents a means of easing off the pressure imposed by the system. The anecdote forms an integral part of a slang-driven–though also at times elite-driven-culture that has rejected the ofﬁcial romantic and pathetic paradigm.

The Soviet childhood : memory or mythology ?

A generation of children not cognizant with the realia of the Soviet way of life has been born in the twenty-year interval separating us from the time when the USSR collapsed. This is the reason why, for example, such a book as Djerik’s Adventures comes with a “Glossary of difﬁcult and Soviet words” explaining to children, in a facetious tone, what a “Bolshevik” and a “pioneer” are, what the holidays of May, 1st or November, 7th mean, and what the October Revolution is. Talking with the readers however shows that children are able to perceive the stories of this lost world beyond the barrier of unknown words and realia in the same way as adults can read foreign literature–and it is no surprise, in this respect, that Djerik’s Adventures has been translated into French, Italian, and Spanish). This distinction in levels of perception is what allows children of today to read and understand books by contemporary authors writing on “Soviet childhood,” such as Boris Minaiev’s Liova’s Childhood and The Genius of Judo or Pavel Sanaiev’s Bury Me under the Tiles, as they would read the adventures of children of their age living in a foreign country, but facing the same problems. The ideological content of these books disappears and undergoes transformation while their human content remains. This article will examine and describe this process.

The Russian words related to material culture : an ambiguous duality « word of Slavic origin » versus « loan-word of West-European origin »

Beyond the simple binarity “Slavic word”/“West-European word”, the main Russian lexems denoting “industry” (промышленнoсть / индустрия) display, when viewed both in diachrony and in synchrony, a wide range of uses and semantic shades. The analysis of corresponding lexical entries in Russian texts (end of the 18th - 20th centuries) reveals a trend toward semantic neutralization and, more recently (beginning of the 21th century), a kind of semantic inversion : промышленнoсть seems to become more speciﬁc in comparison with индустрия.

To translate natural selection in Russian in 1864 : the reception of the Origin of Species in Russia

A distinctive characteristic of the reception of the Origin of Species in Russia expresses itself clearly in its ﬁrst Russian translation, by S. A. Račinskij : its terminological choices don’t ﬁt the hypothesis of the Bronnian translation as a model, but tends to prove the inﬂuence of a previous Russian tradition of naturalism. This paper tries to make out this tradition by the study of the ﬁrst translation of natural selection, contrasting with the reception of Darwin by D. I. Pisarev, that was popularizing western theories and thoughts at the same moment. 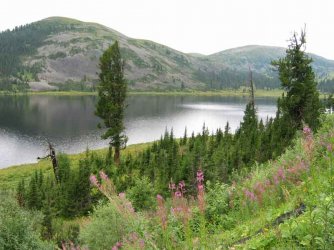