Model, Counter-model and Distortion of the Model : the assymetrical relation between the US and Russia after the Cold War.Our research aims at studying the asymmetrical relation between the United States and the Russian Federation since the end of the Cold War in order to find out why the relations between the two countries have grown so tense. Since the United States became the only remaining hyperpower, Washington has tried to promote Liberal Democracy and prevent any other peer competitor on the international scene from emerging and threatening the new world order. Russia refuses to give up its status as a great power and tries by all means to oppose American unilateralism. By manipulating the Western Model, Russia attempts to propose its own version of democracy by substituting an illiberal Counter-Model to the western model of Liberal Democracy.

The Russian World : a concept and its evolution.Created in the 1990’s after the fall of the Soviet Union, the concept of the Russian World entered into the Russian political life during the 2000’s. The concept includes the notions of «  compatriots living abroad  », Russian language and culture, orthodoxy and idea of a «  common civilizational area  » which implies a «  common history  » or a «  common culture  ». The concept seems to respond to the political will of influence in the post-Soviet area, establishing an effective soft power policy. In our study, we intend to analyze the components of the Russian World as one of the Russian soft power forms in the 2000’s. Then, the goal of this study is to show the evolution of the concept during the Ukrainian crisis, when it had been instrumentalized by the government in order to achieve political aims and to justify its policies in Ukraine.

Promoting Culture, Bolstering Influence : Rossotrudnichestvo and Russkij Mir, Two Instruments of Russia’s Soft Power in the Post-Soviet EraThe “color revolutions” that occurred in the mid-2000’s have urged Russia’s ruling elite to diversify its power channels and develop its own soft power strategy (mjagkaja sila). This understanding has been translated into the erection of a multiform state-centered institutional device. The article tackles the cultural and humanitarian sides of Russia’s soft power and public diplomacy with the case study of two representative organizations committed to the promotion of Russian culture and language abroad : the federal agency Rossotrudničestvo and the Russkij Mir Foundation. We put forward the idea that the preservation of Russia’s political influence in the world – most of all through its compatriots’ policy in the post-Soviet space – tends to be the main purpose of its mjagkaja sila, beyond the strengthening of the country’s potential of attraction and the improvement of the country’s image these institutions initially pretend to achieve.

From confrontation to cooperation and influence : politics of Russian Orthodox Church in Western Europe since the 2000s The article examines the development of the Russian Orthodox Church (ROC) policies in Europe since the early 2000s. After a brief historical overview, the author examines the ROC’s change of policy from the middle of the 2000s as it began to seek a rapprochement with the European Christian churches and be increasingly active in the European Union. The reasons for this change are multiple, from the change of the head of the Catholic Church, to growth of "Orthodox tourism", to the mass emigration from the former Soviet Union that increased the number and size of Orthodox parishes, and helped the ROC to a victory over other Russian Orthodox churches in Western Europe. This expansion has been supported by logistical and financial aid of the Russian State, which envisages the ROC as one of its soft power actors. The desire to play an active political role in Europe prompts the ROC to seek partnerships with mainstream European Christian churches. However, due to fundamental differences over their respective views on the role of religion in modern society, the ROC is often forced to ally itself with ultra-conservative religious movements and political forces.

Domestic change in post-Soviet countries : The impact of EU’s and Russia’s policies in their ’common neighbourhood’ The article explores the interplay between domestic change and external actors’ policies in a regional context characterised by a growing rivalry between the European Union and Russia. In recent years, both actors have launched deep economic integration projects premised on regulatory convergence and policy transfer, namely the Eastern Partnership for the EU and the Eurasian Economic Union for Russia. The article asks how the reform process of post-Soviet countries is affected by multiple external influences. In exploring this question, it departs from the prevailing geopolitical understanding that places the focus on EU-Russia rivalry and regards post-Soviet countries as mere objects of the contest engaged in the ’common neighbourhood’. Instead, the article assumes that the competition between two integration projects provides domestic actors with additional leverage in the reform process.

Language Polyphony in UkraineThe article focuses on the place of Russian in the linguistic landscape of contemporary Ukraine. 25 years ago, when Ukraine declared its independence, the Ukrainian got the status of the only one official language. Today, according to surveys, a large portion of the population expresses its desire to speak Ukrainian, this desire is being fueled by the ongoing events of the last two years. Nevertheless, in many regions of Ukraine, Russian remains the predominant language used by their inhabitants, and the second used form of communication, is not the official title language, but the surzhyk. The presence of this Ukrainian-Russian mixed language does not allow the language situation in Ukraine to be classified as neither bilingualism nor diglossia, conducting us to speak about a “language polyphony”.

The renewal of the politics in the Russian emigration in France (2011-2013)In 2011-2013, Russian migrants in Paris supported the protest mobilization against the electoral fraud in Russia. Initially, this movement was characterized by the strong heterogeneity of its members from a political standpoint. As soon as 2012 however, the studied milieu experienced, first, an ongoing professionalization and institutionalization of certain groups stemming from the initial movement, second, an attempt to legitimize its «  betweenness  », the fact of being located at the crossroad of two national political contexts (Russian and French). This betweenness resulted in specific mode of action, hybridizing French and Russian activist traditions, and integrating such an experience in the long history of political activism in the Russian emigration.

Literary Voyage around an “Imaginary Continent” : From Russia to Argentina – and backRussia through the prism of “Literature” : The narrator of Edgardo Cozarinsky’s significantly entitled story characterizes his personal Russia as a – thoroughly (inter-) tex¬tualized – “imaginary continent”. This article, based on a corpus of Argentine and Russian texts (with particular focus on the works of Alberto Gerchunoff, Abrasha Rotenberg, Edgardo Cozarinsky, Ricardo Feierstein, and Vladimir Kantor), explores various literary representations of this “imaginary continent”, the presence of Russian history, language and culture in the writings of Russian-Jewish immigrants to Argentina and their descendants, from the beginning of the 20th century up to the present day. From a peripheral point of view, these texts, intertwining great history and family chronicles, literary reminiscences and political considerations, create a complex image of a palimpsestic Russia. Confronting different Russian/Soviet visions of Argentina and Argentine perspectives on Russia and the Soviet Union, they illustrate the evolution of the respective auto- and hetero-images in changing historical contexts, as well as the crucial role of literature in this intercultural dynamics.

The Russian-French Thematic Dictionary of Contemporary Words and Expressions (Le Russe contemporain, des mots à l’expression, Lexique thématique) edited by Évelyne Enderlein.The article describes the structure and content of this thematic dictionary. It presents the most up to date vocabulary, expressions and syntax that are relevant to all spheres of political, economic and social life. The purpose is to help medium and advanced level users to understand, speak, and write on all these topics. 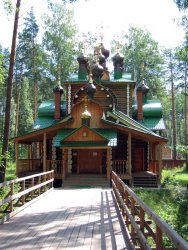