Boris Kirikov Thoughts about the Specificities of the Architectural Avant-Garde in Leningrad (1920s-1930s) Soviet architectural avant-garde from the 1920s-30s arouses, since a few years, a new interest in Russia, which however does not reflect the state of conservation of these building. In this context, this article proposes to shed light on the avant-garde in Leningrad (St Petersburg), insisting on its stylistic and conceptual peculiarities, and telling the story of its main architects. Leningrad avant-garde has indeed a very specific importance in Soviet architecture. This reflection allows to better grasp the obvious reasons of its necessary preservation, while the monuments are still threatened and in danger. Doing so, it invites the independent experts, activists from Leningrad and cultural actors to take part in the preservation of these architectural masterpieces.

Natalia Pashkeeva One American Publishing House that “Saved the All-Russian Culture” : YMCA-Press in the Inter-war Period This article contributes to the debate on the conditions and arrangements for the creation of the publishing house YMCA-Press and its operation in the inter-war-period. The foundation of the YMCA-Press resulted from the interaction between the agents of the American YMCA, which is an international protestant organization, and the intellectuals expelled from Russia by the Soviet government or moved to the West on their own when the Bolsheviks came to power. We analyse the motivations of the key players of this publishing company, the dynamic of their relations, and the development of the editorial project. These issues are addressed in relation to the key players’ attitude toward the Soviet Russia and the priorities set out by the YMCA leaders based in New York.

Andreï Trofimov Construction of Cultural Heritage in Russia since Twenty Years : Agents, Aims and Methods Kargopol District (Extreme North of Russia) as a study case The article analyses forms and mechanisms of cultural heritage construction using the example of Kargopol district (fngelsk Oblast). It explores the perceptions of traditional culture from the points of view of different social and professional groups : scholars of folklore, who collect and study it  ; “tradition agents”, i.e. inhabitants of villages  ; state employees, i.e. museum staff, cultural department officers  ; and local activists. It shows that both the research and the reconstruction of traditional festivities needs to be understood as construction processes influenced by multiple factors, such as belonging to a certain academic school in the case of researchers or engaging in a free interpretation of the data without an actual local reference when creating new urban festivities which are regarded as a reconstruction of local traditions. In conclusion, I argue that such constructions enhance the attention of the population towards their region and positively influence the development of civil society.

François-Xavier Nérard The Reappearance of a Vanished Past : The Story of a Sverdlovsk-Ekaterinburg monument (1987-2019) On November 6, 1987, Sverdlovsk’s political authorities officially opened a new monument dedicated to « Communards, heroes of the Revolution and the Civil war ». During this very 1987 year, in the heart of M. Gorbachev’s Perestroika, the USSR celebrated the 70th anniversary of the Octobre Revolution. The project of this monument, who could have been a monument among thousands of others, allows us to explore key concepts and moments of Soviet history. First of all, it allowed ghosts of Stalinism to come back. The name of the people supposed to be honoured on the wall of the monument, fighters of the Bolshevik revolution, happened to be also the name of victims of Stalinist terror. The project therefore strongly echoed with the thirst for historical truth that was so important in the late Soviet society. It also asked questions about the nature of heritage. Could Soviet monumentalism find its place next to an historical cemetery ? Creating a new site of memory, doesn’t the monument destroy historical heritage ? Finally, this article reflects on the destiny of this monument of the long-term. Forgotten, and almost in ruins, the monument seemed to be a failure. It draws, however, recently the attention of the Russian authorities. What will be its future ?

Marie-Christine Autant-Mathieu Russian Theater and Cultural Globalization : Difficult and Risky Choices From 1991 to the beginning of the 2010s, traditional and experimental open-minded theatre coexisted. However, the recent turn in the Russian cultural policy, promoting traditional values as the ones of both Russian society and state, and assigning the artists the obligation to share them, jeopardizes any artistic critics on this cultural heritage. The later is indeed officially promoted to be protected and valorized more than questioned and mixed with foreign influences. Artists’ creativity is thus more and more threatened. For instance, the famous artist Kirill Serebrennikov, the Gogol Center artistic director, was arrested in May 2017. To shed light on these issues, the paper explores particularly the aesthetic and civic engagement of Boris Iouhananov, director of the Elektroteatr Stanislavsky in Moscow.

Svetlana Gorshenina Between Manipulation of the Past and the Resurgence of Colonial Representation Patterns : Russian Turkestan Photographs in Social Networks The paper analyzes the process of creating mental maps of the past based on some examples provided by several Facebookgroups dedicated to the Russian Turkestan’s old photographs. The reconstruction of the visual image of Tashkent, the capital of the Governorate-General of Turkestan, is based on a specific sample of visual documents, strongly linked to the tsarist propaganda, and on the Soviet experience of the past. The aim of the paper is also to understand the mechanisms of instrumentalization of photographs of the period of the Tsarist Turkestan in the context of independent Uzbekistan and, particularly, the revival of specific orientalized representation schemes established in the colonial context.

Marinika Babanazarova The Savitsky Museum in Nukus (Uzbekistan) : The History of a Unique Patrimonial Institution This article tells the fascinating story of the Savitsky Karakalpakstan Art museum in Nukus (Uzbekistan), opened in 1966. The constitution of its collection reflects the ambiguous relation toward heritage during the Soviet period, between construction, destruction and reconstruction. The collection itself gathers, among others, rare artifacts of antiquities of Khorezm and, surprisingly, paintings from the beginning of the 1920s. Indeed, the founder of the museum, Igor Savitsky, saved a great number of paintings created by artists - victims of political repressions in the 1930s. Nowadays, these artists are recognized for their contribution to art history. By preserving their creative work, the Nukus Museum intends to reintegrate them in local and national heritage. 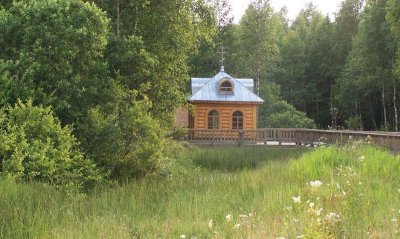